As a mother and wife, it has been an extreme importance to provide a healthy life to those I love.  Until recently I believed I was doing a great job by being mindful of nutrition, being aware of toxic products and making conscious decisions about medical interventions.  It seemed simple because it was the lifestyle I was fortunate to grow up with, though something changed to make me understand there is more I can do to improve the environment I am raising my child in.

When my dad was diagnosed with Multiple Myeloma in September 2015, I watched his condition deteriorate and felt the confusion, frustration and fear involved with cancer.  He was the only person in our family to ever receive a cancer diagnosis and I thought he was doing everything “right” to avoid getting cancer.  He was one who rarely got sick, religiously took vitamins, stayed active, maintained a healthy weight, often ate a vegetarian diet and stopped using the microwave because it zapped nutrients from foods.  Dad had never been hospitalized for anything ever, I wrongly assumed he would be safe from this type of disease.  Like most cancers, myeloma doesn’t have a direct cause provided with the diagnosis.  My dad received a double major in chemistry and biology, then made his professional career working in the chemical industry.  Despite the doctor’s hesitation to name a cause, it’s easy to see some correlation in how his cancer likely developed.

About the same time of the diagnosis, a friend contacted me about Norwex and emphasized how important this product could be in his home.  I declined hosting a party or learning more about the products as we were all engrossed in treatments, symptom management and appeasing his appetite.  At the end of March 2016, my dad passed and was finally at peace from the pain.

In the cycle of grief, I consider what we could have done different, how I could have helped more or what might have changed his outcome.  There are many things I wish could have been different for my dad and because I can’t change what happened with him, I am propelled to try to reduce the chances of anyone else suffering in the same way.

In every home there are known cancer causing agents; environmental toxins we clean with, put on our body, ingest and breathe on a regular basis.  Because they have commercials and are available to buy in stores, it’s normal to believe they are safe.  Alarmingly, of the 80,000 new chemicals which have been introduced to our market in the last fifty years, less than 200 have actually been tested for safety.  Many we use on a regular basis in the United States have been banned across Europe.  The statistics are shocking and really show consumers are not protected.  Norwex can provide the same or better standards of clean and can do so with only water and a lot less time.  Don’t believe me?  I’d be happy to prove it and help you create a safe, chemical free environment in your home.  While I cannot change the past, I am confident in my choice to live life on purpose now and share the microfiber magic with those I love.

The very best way to experience this safe clean and do it for free is by hosting a party.  Norwex is an extremely generous company by spoiling a hostess with free gifts just for bringing friends together to learn about the products.  Please check out my website, contact me about hosting a party and share with those you love and wish to protect. 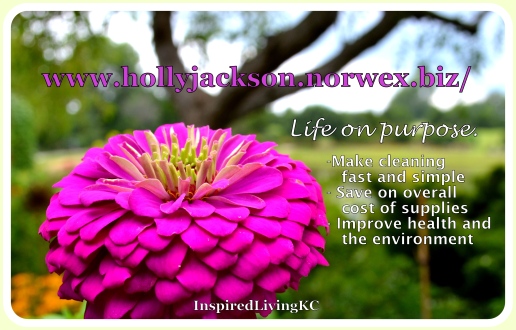 I wish I were talking about the greatest vacuum in the world, the most reliable engineered home-cleaning system.  Sadly, I’m talking about my home literally sucking the life out of vacuum cleaners.

The day we brought my daughter home from the hospital my husband went to purchase a new vacuum cleaner.  Funny to think I remember it so clearly, maybe it was because he felt the urgency for a momentary escape from the emotional magnitude of bringing home a baby.  Maybe it was feeling like we needed an exceptionally clean start for the new precious being.  Or maybe it was an errand he could contribute because this new tiny creature was infinitely latched to my boobs.

I can’t even think of what we had been using prior to the new vacuum, probably a hand-me-down appliance like most others throughout our home.  I do know, the purchase began our spiral of irreparable cleaning apparatuses.  Thankfully, since the purchase was made at Costco we have been able to lug in our dusty useless equipment, no box and no receipt and walk out with a fresh start.  Over the years we have seen the same model in a variety of colors and minimal improvements, at no cost except the gas and time it takes to make the transaction.  In the last four years we have had a revolving door of vacuums making this exchange at least once and sometimes twice per year.

One might think a consumer is being too hard on the vacuum, how could it really break that often?  Our square footage of carpet isn’t even too great in our little home, a few rugs, two carpeted bedrooms and one living space.  Regular usage to rid our home of shed dog hair, kid messes and typical traffic, I don’t think it’s more than an average home.  And I certainly haven’t dropped it down the stairs, thrown objects at it or beaten it in any way – at least thoughts of raging on the machines don’t cause physical harm.

People say things aren’t made like they used to be and claim the investment is worth it for a machine from the door to door variety.  Then again, I’d hate to think of my home sucking the life out of antique or ultra expensive vacuum, a risk I’m not willing to take as long as they keep taking broken ones at Costco.

Still, it doesn’t take long in our home to go from “just out of the box” condition to slowly loosing it’s suction.  A vacuuming job quickly ends up sucking time out of my day to take bits of it apart, cleaning it and cutting out threads and hairs trying to get back to working condition.  When a recent exchange failed in less than three months, I borrowed a spare vacuum my mom had in her home.  All I could do was laugh when the whole upper half of the machine came off with the mere pull of the handle, of course in my home the Vacuum of Vacuums.

And last week I had the time to do one of my favorite floor cleaning rituals… Steam cleaning rugs.  I poured the appropriate measurements of solution and water into the machine, plenty of which made it evenly dispersed onto the rugs.  Very little of it ended up suctioned back into the steam cleaner, and it was only its second use.  Out of the time it took me to steam clean the rugs, most it was sucked into squatting on the floor trying to find out why it wasn’t sucking.

Yesterday I made the official return to Costco (again) and this time opted to upgrade to the more expensive model vacuum.  I’ll try to stay optimistic and believe it will become my faithful tool, my companion for cleaning for decades.  Let’s hope the shark will not fall victim to the Vacuum of Vacuums or our only choice will be to move to a home with no carpet.

Well that’s it, I’ve done it!  I’ve repaired my husband, relieved his fear and helped him to become whole again.  For so long he had been suffering, it must have been horrible to be afraid of the dishwasher.  It can be such a wildly intimidating mechanism… so loud and wet…  It took a lot of patient trial and error so I am hoping to spread the cure for anyone else whose husband may be affected with similar problems.  Dishwashers, washing machines, vacuum cleaners, even Windex can have a similar reaction – men can be terrified of them all.

I first noticed the phobia of the dishwasher growing when I came to realize I was the only one using the dishwasher.  There were even times when I loaded the washer and my poor husband walked up quivering behind me to put the dish in the empty sink. I knew this was getting serious.

At first I was in a panic, I wanted to react strongly, draw attention to it and snap him out of it.  This men would refer to as “nagging”, in truth it’s the term men use to maintain masculinity in the face of fear.  Pointing it out, demonstrating how to safely operate it, and trying to reason about even allocation of household responsibilities all proved unsuccessful.  In turn, this even made him withdraw further.

After this failure I attempted to ignore the fear hoping he would work it out in his own manly way.  What I found was that there is no manly method for improving something if there is no pressure or motivation.  My silence indicated approval and therefore no need to change.  My husband would still be content keeping his safe distance from the dishwasher had I not realized a third method and the cure to this clean kitchen ailment.

I’ve coined this treatment The Kindergarten Teacher…  The name says it all, we resorted to elementary school interactions and it’s guaranteed to be effective.  There were several ways to maintain light pressure and gentle motivation to coax my fearful husband back to his big boy pants.  The first rule of thumb was to keep the kindergarten teacher in mind, just think sweet and nurturing.  It was important to lay on the compliments thick, boost his confidence back up beginning with anything I could find that he was doing right. “Thank you so much for putting the milk back in the fridge,” “Yay, you brushed your teeth twice today,” “I really appreciate you driving, I don’t know how I would get around without you.”  You get the idea, ANYTHING.  The next phase was to utilize the examples around him, I staged my toddler to help me to load and unload the dishwasher when he would be able to see.  He could see our baby had no fear so he could have no fear.

The final step was to make suggestive statements and allow him to interpret his behavior as his own idea.  In kindergarten tone, “Oh my, I am so tired I think I will leave the dishes for tomorrow.”  This I’ve said in a variety of ways with no effect, it takes frequent repetition and creativity.  With his new found confidence and the fear being alleviated by watching how it can safely be done, one day I went to bed with the sweet hum of the dishwasher and I didn’t start it!

Success at last.  My husband loaded the dishwasher twice in 2 weeks now, which is the best record in the last two years.  I am committed to maintaining the kindergarten teacher method in preparation for a possible relapse.  I also set a goal of getting him to try an unload sometime in the next month, please if you see him, this is all top secret information.